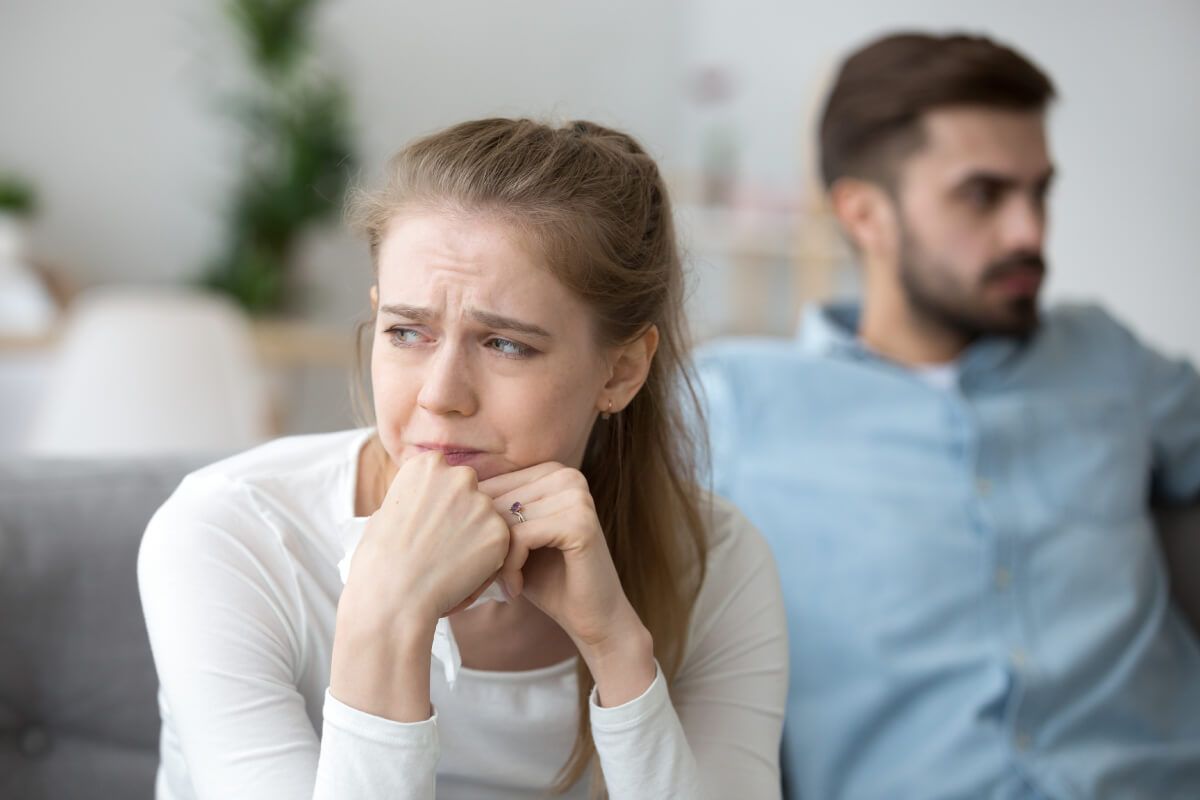 About the author: Victoria is a Psychotherapeutic Counsellor and holds a Masters of Science in Therapeutic Counselling. Victoria has a private practice and is based in London, providing therapy online. She has a special interest in emotional abuse, bereavement and low self-esteem.

The term ‘emotional abuse’ is becoming very well known. Years ago, abuse within relationships was usually thought of as physical violence. Now Women’s Aid lists ‘psychological and/or emotional abuse’ as a form of domestic abuse, and the United Nations lists emotional abuse under ‘domestic violence or intimate partner violence’. Although emotional abuse doesn’t, in itself, involve any acts of physical aggression, it is still considered abusive or violent. While the term emotional abuse is receiving a lot of attention, many people are still unsure as to whether they are experiencing, or have experienced, this.

So how does emotional abuse actually play out in romantic relationships? As a therapist working with individuals experiencing this, I have noticed common patterns in emotionally abusive relationships. Below I will look at these patterns which you may recognise within your own relationship.

Team Mindsum says: Please stay safe while reading this. You may find that the content brings up some feelings or realisations about your own past or current relationships. Remember that you can come back to read it later if it is too much, and help is available if you are affected by anything you read here. You may also want to close this tab and clear your internet history after reading to keep yourself safe.

Within romantic relationships it is normal at times to hear complaints from your partner. Examples could be: “We don’t spend enough time together”, “I always do the washing”, or “You didn’t put the bins out”. The difference between complaints and criticism is that complaints tend to be about specific issues, whereas criticism can be personal and hurtful. Award-winning author and psychologist Dr John Gottman explains: criticism… is different than offering a critique or voicing a complaint. Complaints centre on specific issues, but criticism is an ad hominem attack on your partner’s character. In effect, you are criticising not a specific action or behaviour, but your partner as a whole person.

When complaints or criticism feel unfair, unjustified and take place frequently, emotional abuse may be taking place. Quite often, the criticism starts gradually. It may be subtle comments about your appearance such as “Are you wearing that? It doesn’t suit you”, or slight digs about your weight. In other cases of emotional abuse, it may be that the criticism isn’t about appearance, but is focused on your occupation or education. For example, frequently speaking in a very derogatory way about your job, suggesting you should be doing better, or criticising the fact you never went into higher education. Criticism often takes the form of comparisons to others, in particularly ex partners, for example, “Why don’t you dress like X?” or “I wish you were as funny as X”. This constant criticism can leave you feeling inadequate and as though nothing you ever do is right.

Controlling behaviour is very common in an emotionally abusive relationship. Similarly to criticism, the control may start gradually. It may be that your partner does not want you spending time with friends and family, and may punish you if you do. For example, they may decide to ignore you, or berate you if you defy their wishes and socialise with friends. In many cases, people stop spending time with people outside of their relationship to avoid the distressing repercussions of this. Alternatively, the control could be more ‘obvious’, and your partner could tell you where you are and are not allowed to go to, or who you are able to spend your time with. Control via social media platforms can also take place; emotionally abusive partners may continuously monitor your whereabouts and discussions online, or even demand you give them your passwords, so that you have no privacy. This is likely to induce feelings of anxiety and may result in you feeling as though you can not make your own decisions without consulting your partner first.

In some emotionally abusive relationships, the partner will punish you for not doing exactly what they want. The punishment may take the form of silent treatment, withholding affection, or getting rid of sentimental belongings. This often leaves you feeling extremely confused and questioning where you went wrong, as well as where you stand in the relationship.

Blame is a very common tactic in an emotionally abusive relationship. Quite often, the abuser will hold you responsible for something that has gone wrong. For example, it could be that the abuser has become angry and has broken or damaged something (maybe a phone, TV set or laptop) and they respond by telling you that you are to blame: “Look what you made me do!” Alternatively, you may be blamed for the state of the abuser’s life: “If I wasn’t with you, I could be in a better job/relationship/home”. This often results in the feeling that you are responsible for any shortcomings that appear within their relationship.

During an emotionally abusive relationship it is likely that your feelings will often be invalidated. This may take place in a blatant way, for example “What are you complaining about?!” or “You need to get over it!” Often, there is a sense of ‘one-upmanship: “That’s nothing compared to what I have been through!” Sometimes the invalidation will take place in less ‘obvious’ ways; for example, not giving you any space to feel what you are feeling, or voice what you may be going through. This usually results in you minimising your own experiences and losing the energy or drive to talk about yourself in any way.

If you have experienced any of the behaviours described above, it is likely to leave you feeling (understandably) isolated, depressed and in some cases, traumatised. It is crucial that you seek help. With the help of a professional, you can come up with a plan to safely leave this relationship and gradually rebuild your self-esteem. Freedom and recovery from an abusive relationship are possible, and you deserve to be happy.

Team Mindsum says: Controlling or coercive behaviour is now, legally, a crime in the UK. It is defined as "any incident or pattern of incidents of controlling, coercive or threatening behaviour, violence or abuse between those aged 16 or over who are or have been intimate partners or family members, regardless of gender or sexuality. This can encompass, but is not limited to, the following types of abuse: psychological, physical, sexual, financial and emotional". Help is available online, or via a phone call, from Victim Support and many other places.